Authors: Péter Bach, Marcel Mészáros and Miklós Vannay
Music: The Scene by Spuntic (http://spuntic.bandcamp.com/)
[Originally we have used Björk’s song “Crystalline” for the music of the video, but because of obvious copyright issues we replaced that when publishing. Alternatively we recommend to listen the original music while watching…]

Story:
The 3rd and final phase of the workshops called MEIA-EUC (MULTILATERAL EDUCATION AND INTERDISCIPLINARY APPROACH IN THE EUROPEAN CONTEXT) ERASMUS Intensive Program organised by the Slovak University of Technology has come to the end this June. The UFLab has been represented at the workshop by three MSc students and a tutor, giving a lecture (title: Affected Lanscapes) and participating in the studio works.
Besides a separate project with the title “FlowerPower” was also done during the workshop with the contribution of other tutors, in order to provide a background for those two groups of students, who had been dealing with the abandoned cemeteries of ZVONOVÝ VŔŠOK. The idea of the project was simple – as the things that could – and nevertheless should – be done there are simple as well. There is no need to design expensive but unreal landscape or architectural projects there, but basic interventions could help a lot to put these cemeteries back into the common sense of the locals. The FlowerPower is just an example, but the approach has a deep and complex ideology. It’s an art project, that intends to turn the focus to the power of the nature and the beauty of the flowers, criticise the ugly existence of plastic flowers while metaphysically connecting the cemetery ground with the eternal sky by the reflection of it.
One thousand artificial flowers made by hand and “planted” one by one… 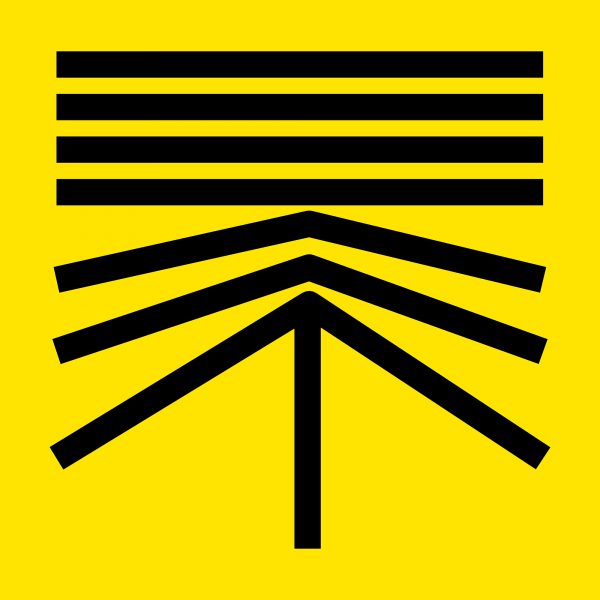 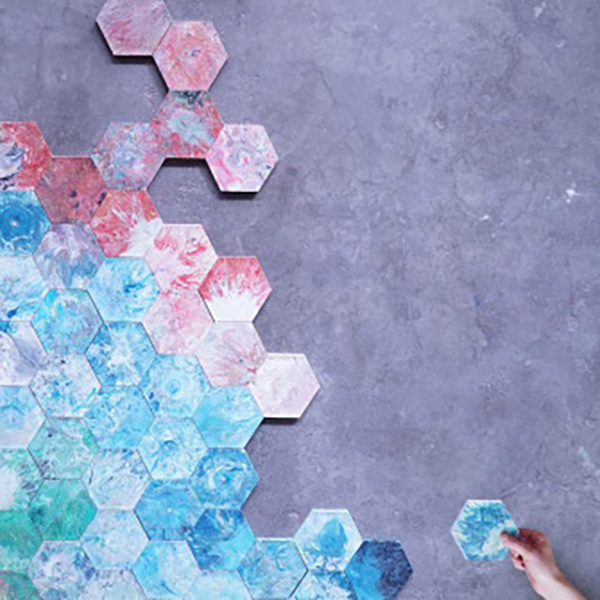 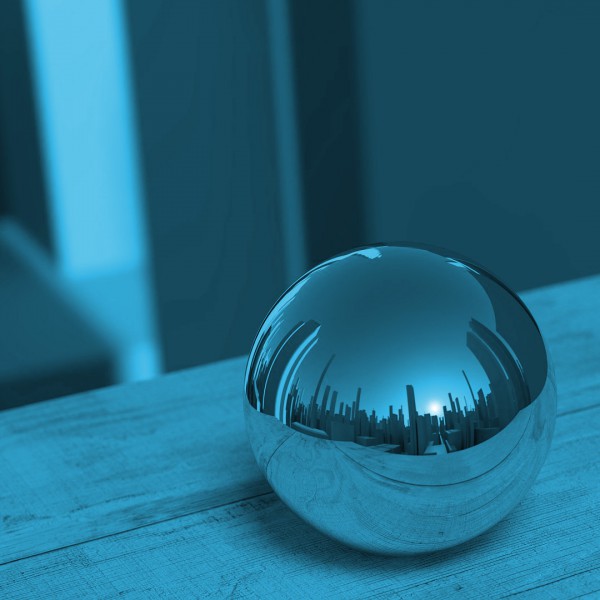 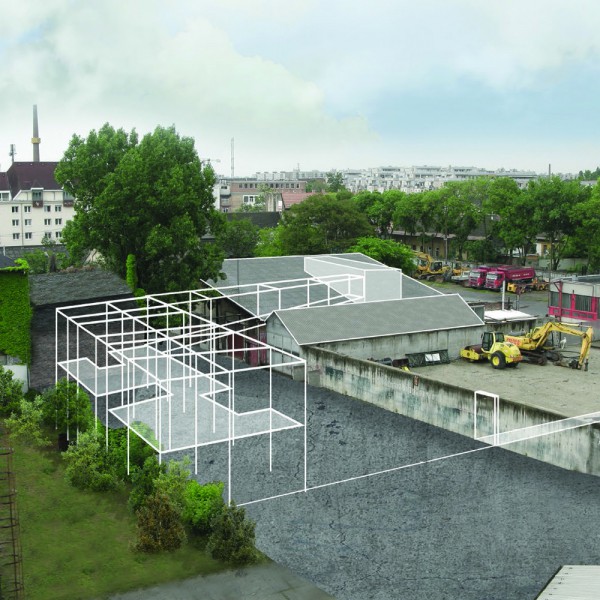 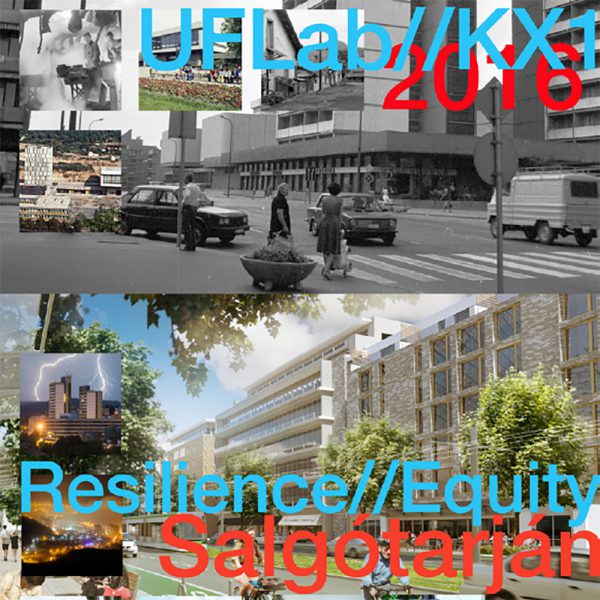 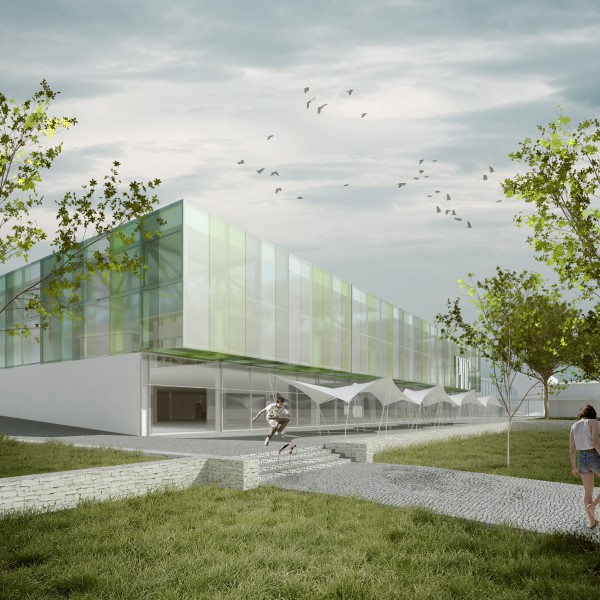 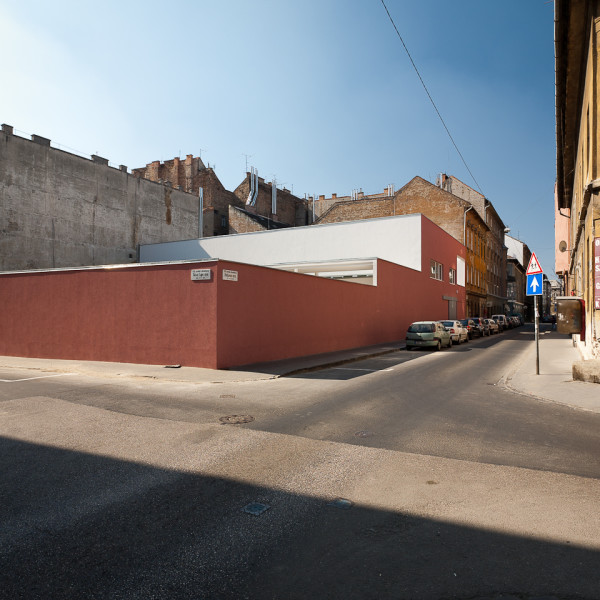 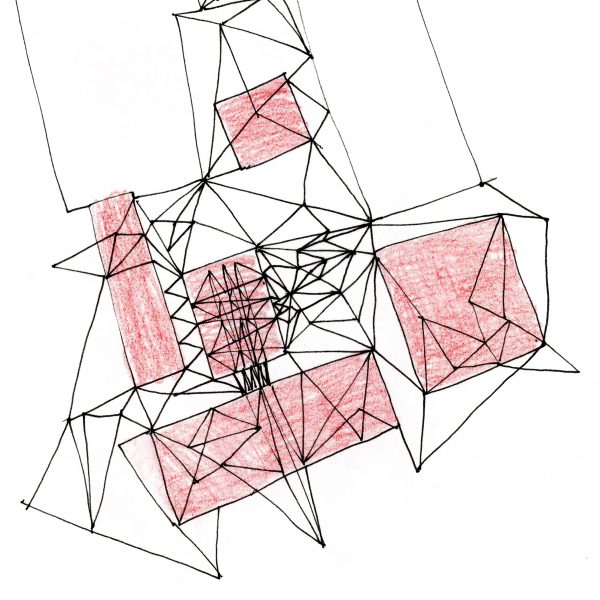 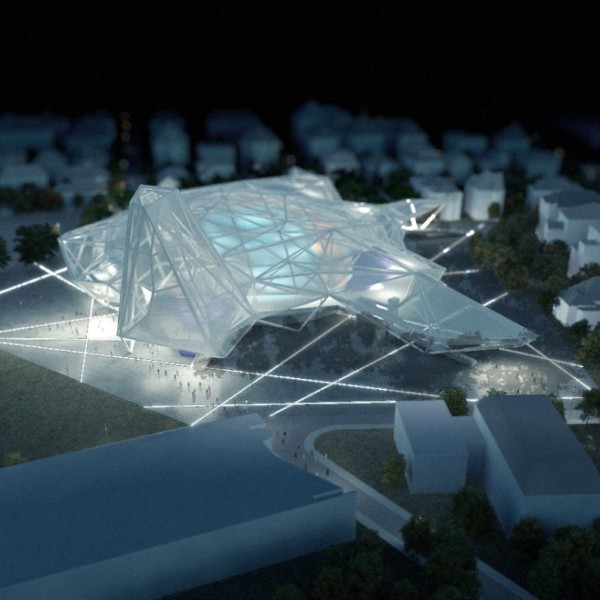 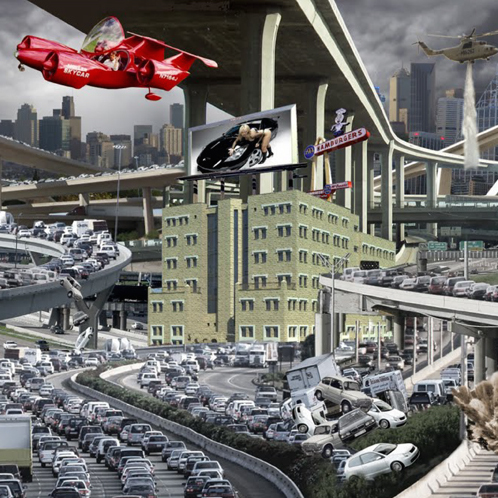 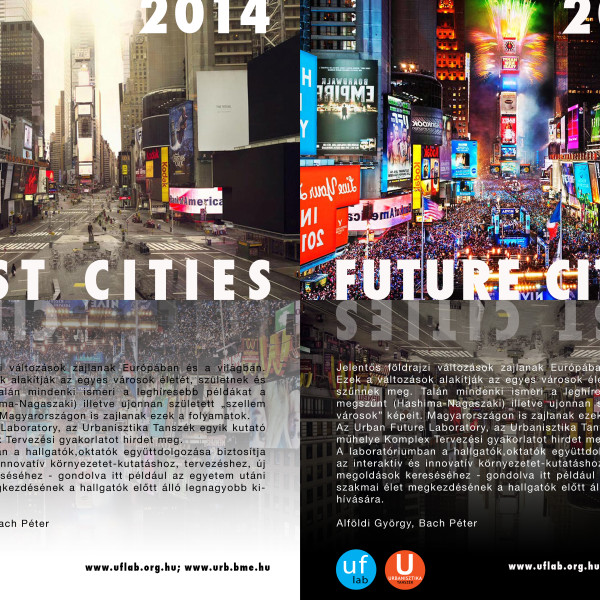 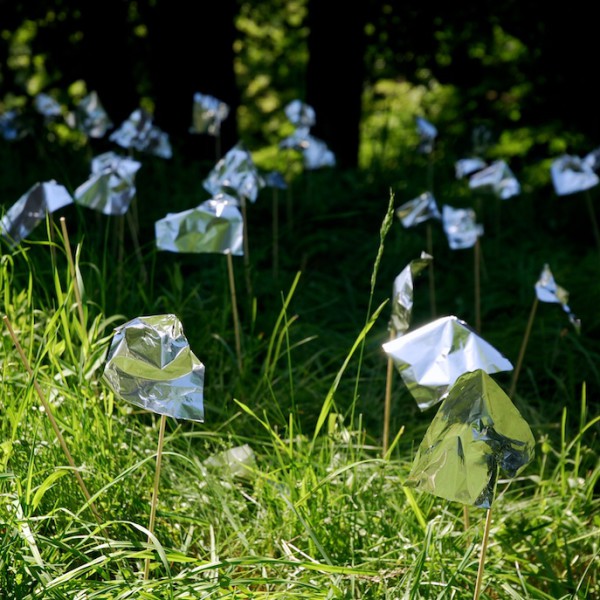